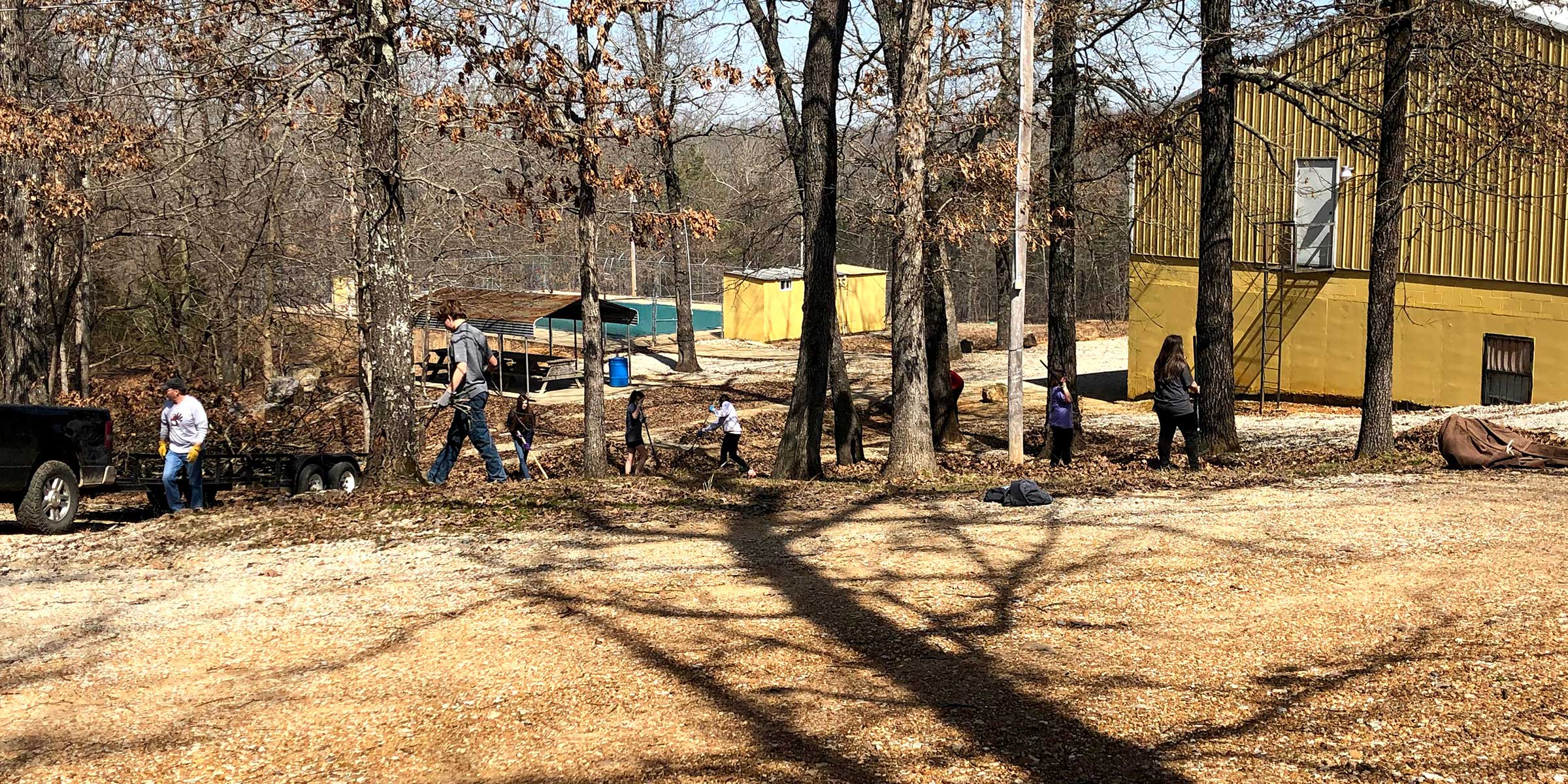 We were blessed with a good turnout for today’s work day. There were about about 20 people from about half a dozen churches. First Baptist in Walnut Ridge brought several of their youth.

A lot of work was done.

Several trailer loads of brush were trimmed and hauled. Scott will burn them at a later time. There was another crew repairing benches in the pavilions. A couple of crews raked and burned the leaves from the activity areas. Rakes were the primary means of moving leaves, but there were a couple of backpack blowers. They were very helpful, and we’re grateful to those who brought them. There was also a couple of loads of chat brought in during the day.

Those twenty volunteers worked from 9am – 2pm. Some left earlier. There were some who left later. Some arrived later, and others came in earlier. Regardless of when they showed up, they were all appreciated. It would have taken Bro. Scott more than a month to do all that work by himself. He usually rakes and burns the leaves through November, but since he has worked on the new custodian house throughout the winter, he didn’t get to do that.

The food was great.

At one point, Bro. Scott told a volunteer that the pay for their work wasn’t great, but the benefits were great. Especially great would be the retirement benefits.

Thanks to everyone who helped. If time allows, there may be another work day before the first camp starts in June. If you would like to bring a group to help get camp ready, contact Scott Small.